Roll mixture in balls then coat in coconut. You will get between 15-20 balls from each. 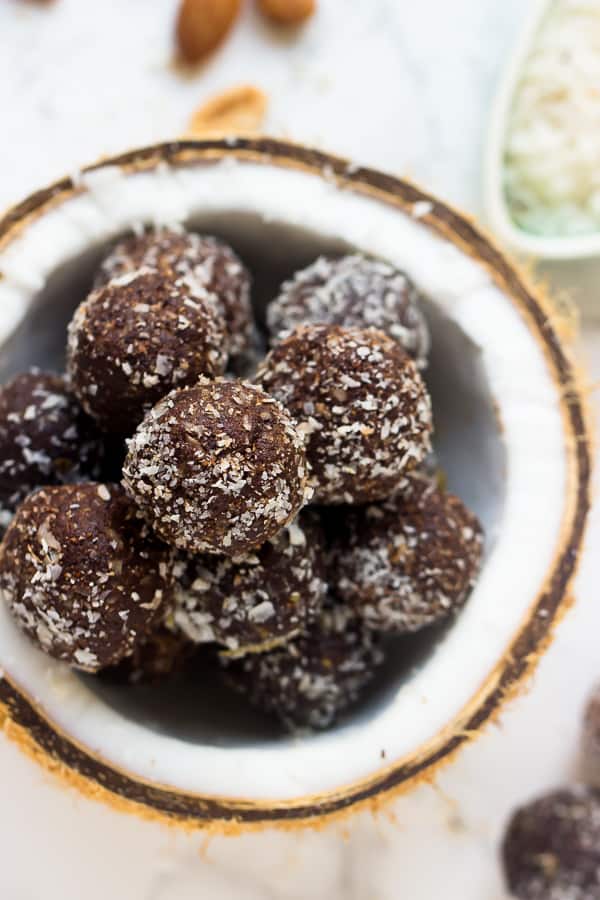 Melt chocolate in the microwave stirring every 20 seconds until smooth.

Coconut filled brownie balls. Mixture is quite sticky at this point so if you have time pop it in the freezer for 10 minutes before rolling. Using your clean hands roll the dough into small balls about 1 Tablespoon per ball. In a medium bowl combine the brownie mix and ingredients to make brownies.

Gently cover the balls with plastic wrap and then place in the fridge or freezer to chill for at least 20 minutes. Scoop small balls of each dough onto a waxed paper-lined cookie sheet. Press a ball of coconut on top of each brownie and put in the freezer for about 30 minutes.

Remove brownies from tins stick an almond in the top of each brownie. In a large bowl mix the brownie according to manufacturers directions. Coat the foil with nonstick spray and set.

Pour half the brownie mix in the pan making sure to get it nice and evenly distributed in the pan Using a small cookie scoop out balls of the cream cheese mixture and place on top of the brownie batter. Using your hands roll the dough into small balls approximately 1 tablespoon and place onto prepared tray. Ingredients 1 cup medjool dates pitted 12 cup raw walnuts 12 cup raw almonds 14 cup unsweetened cocoa powder 14 cup unsweetened flaked coconut plus extra for rolling if desired 1 tsp vanilla extract 1 tbsp water.

Place in fridge or freezer to set. If you like a lot of filling then place the balls close together if you like less. While they are cooling combine sweetened condensed milk and coconut in a bowl.

Grease up a Bundt pan with non stick spray. Blitz all ingredients together until well combined minus extra coconut for rolling. Gradually add the powdered sugar stirring until completely combined.

Line a 913 baking dish with foil. In a large bowl combine the shredded coconut and condensed milk. Melt chocolate candy according to.

Remove from oven and leave in pan for 2-3 minutes then remove from pan to cool on wire rack till cool. Add in coconut flour dates beans cacao nut butter protein powder and sea salt. Process until a soft dough forms.

Combine all the ingredients for the cookie dough in a medium bowl and mix until smooth. Generously spray mini muffins cups with non stick cooking spray. Spoon the coconut mixture onto each brownie bite pressing down slightly.

In a food processor process your oats into a fine powder. Place the brownies in the refrigerator. Preheat oven to 325.

Combine all the ingredients for the brownie dough in a medium bowl and mix until smooth. Re-spray muffin tin between each batch. 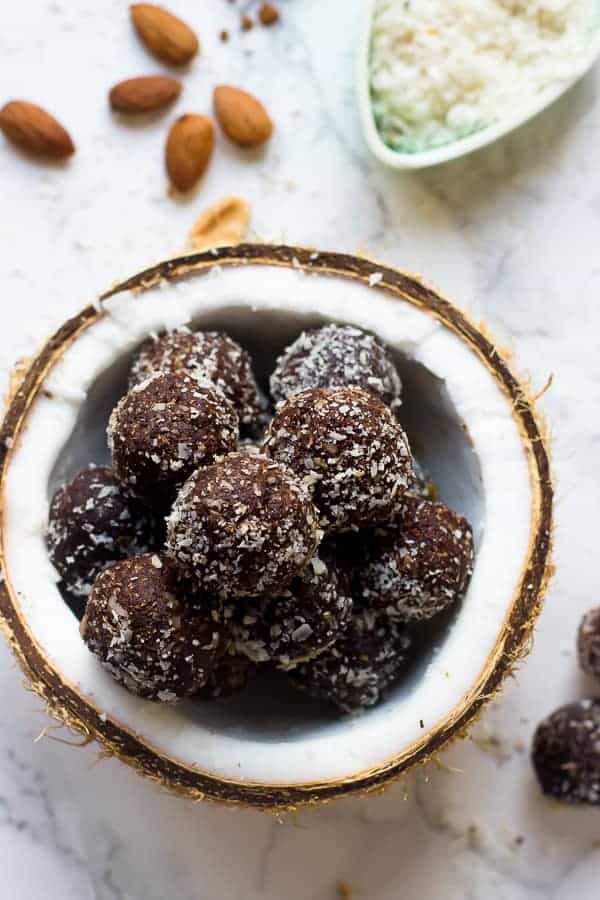 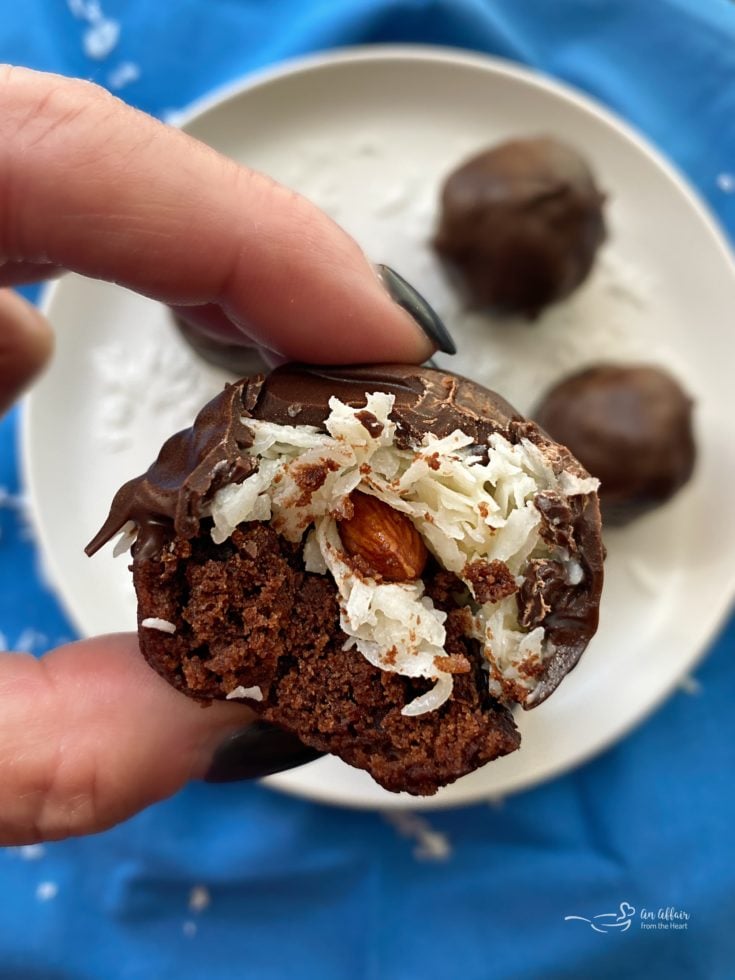 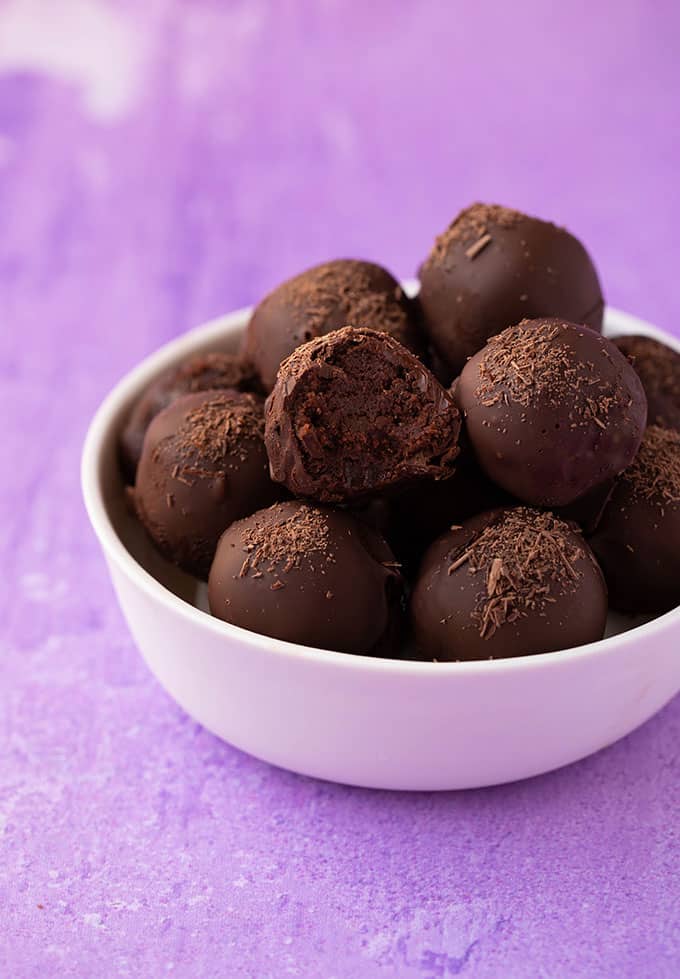 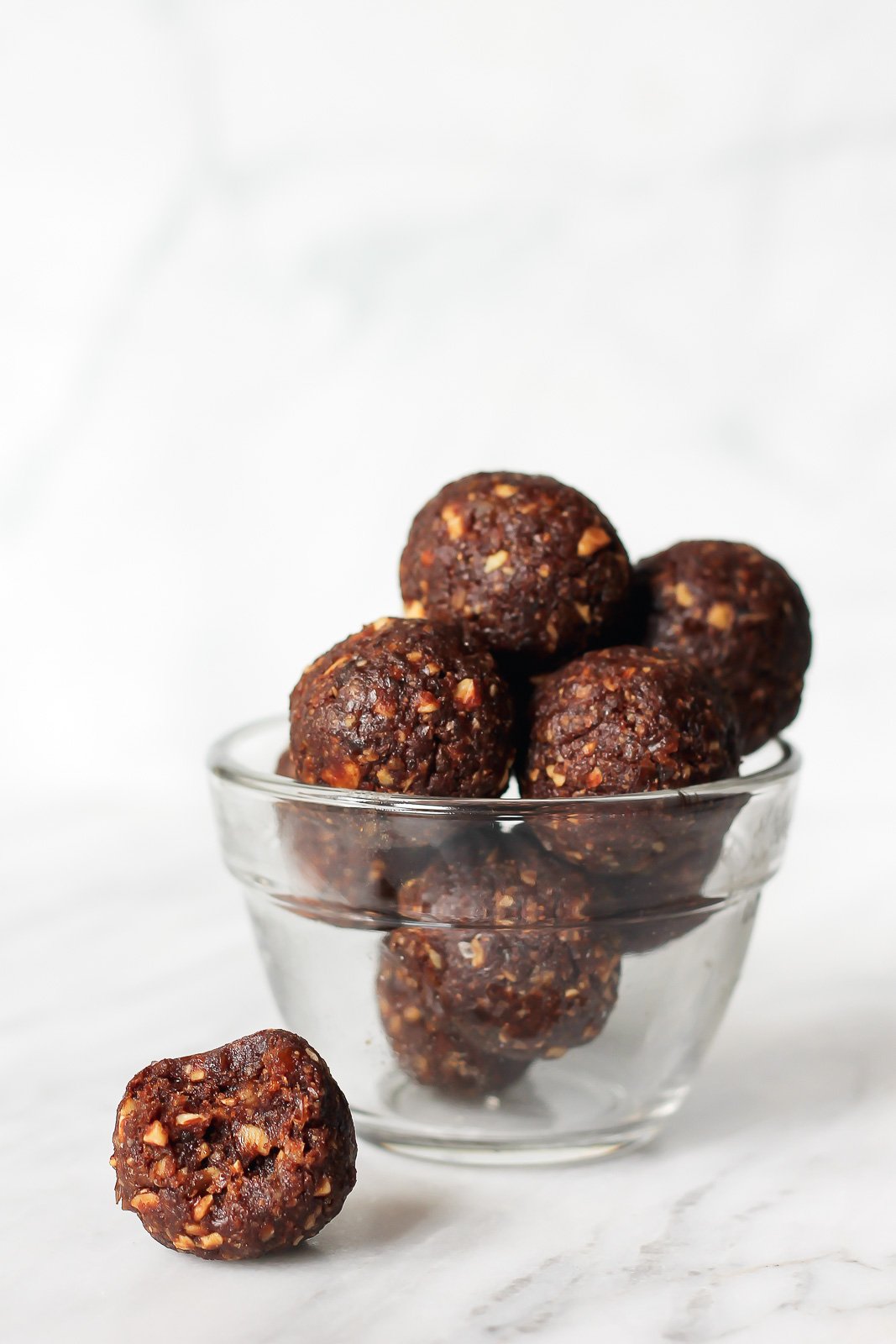 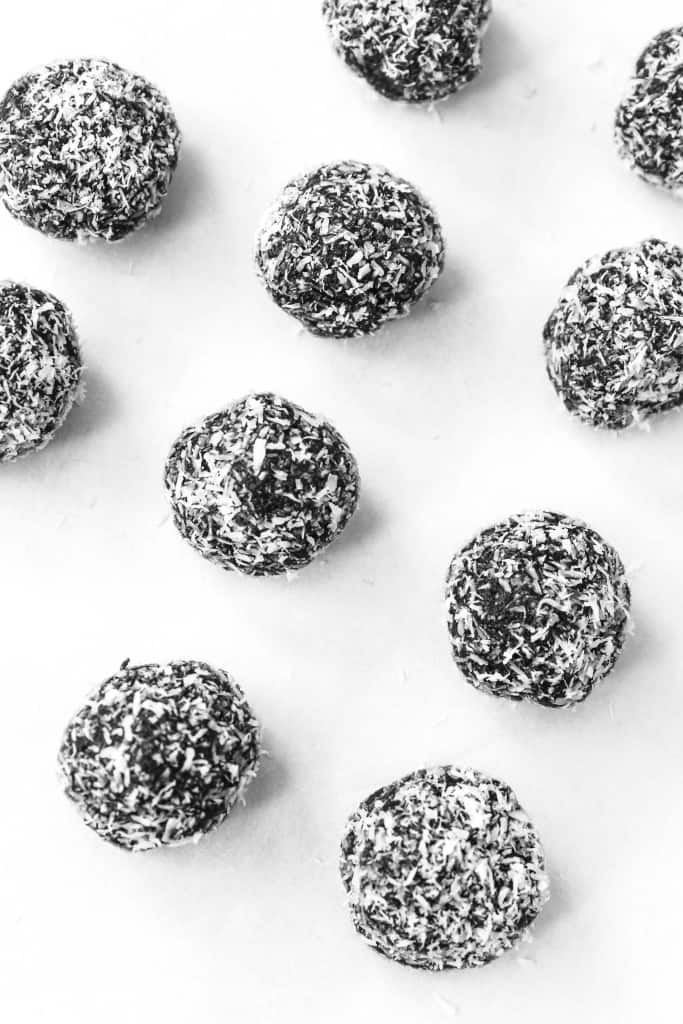 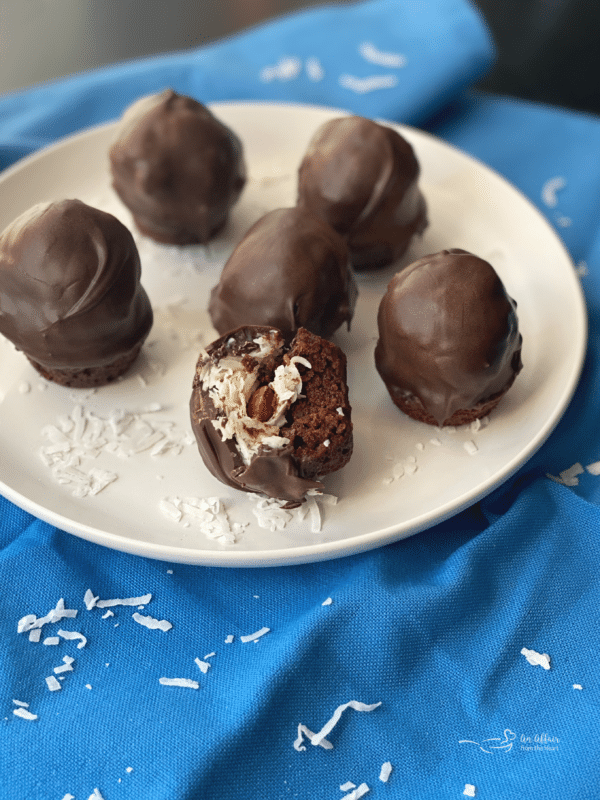 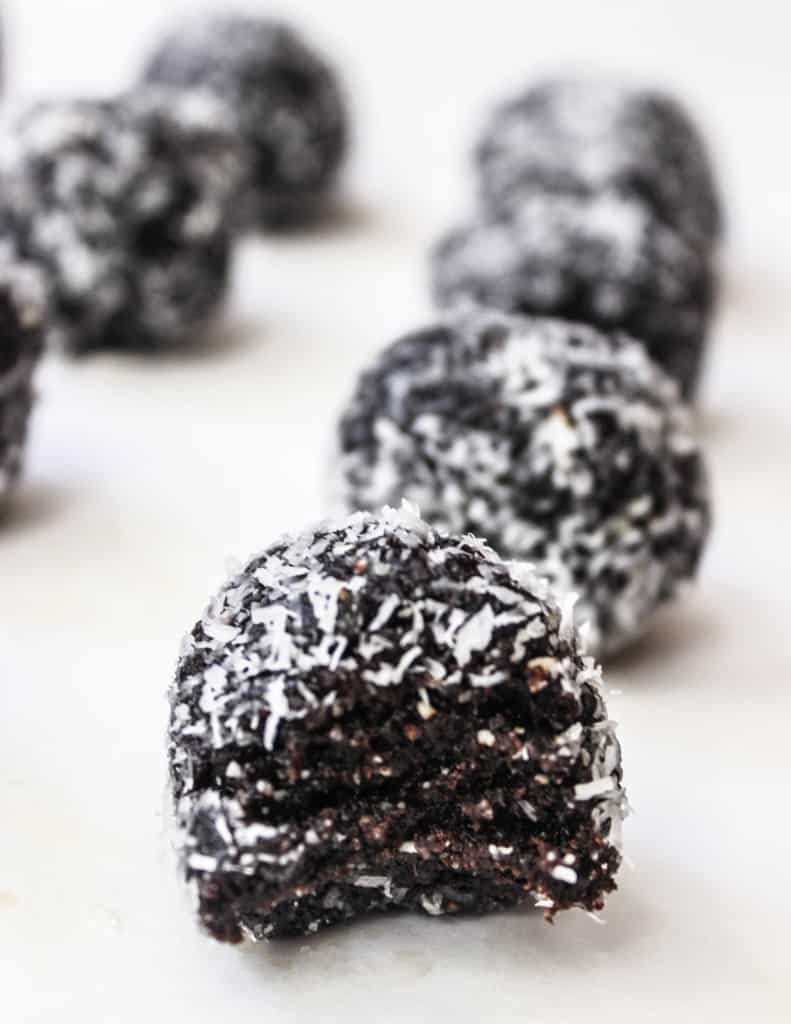 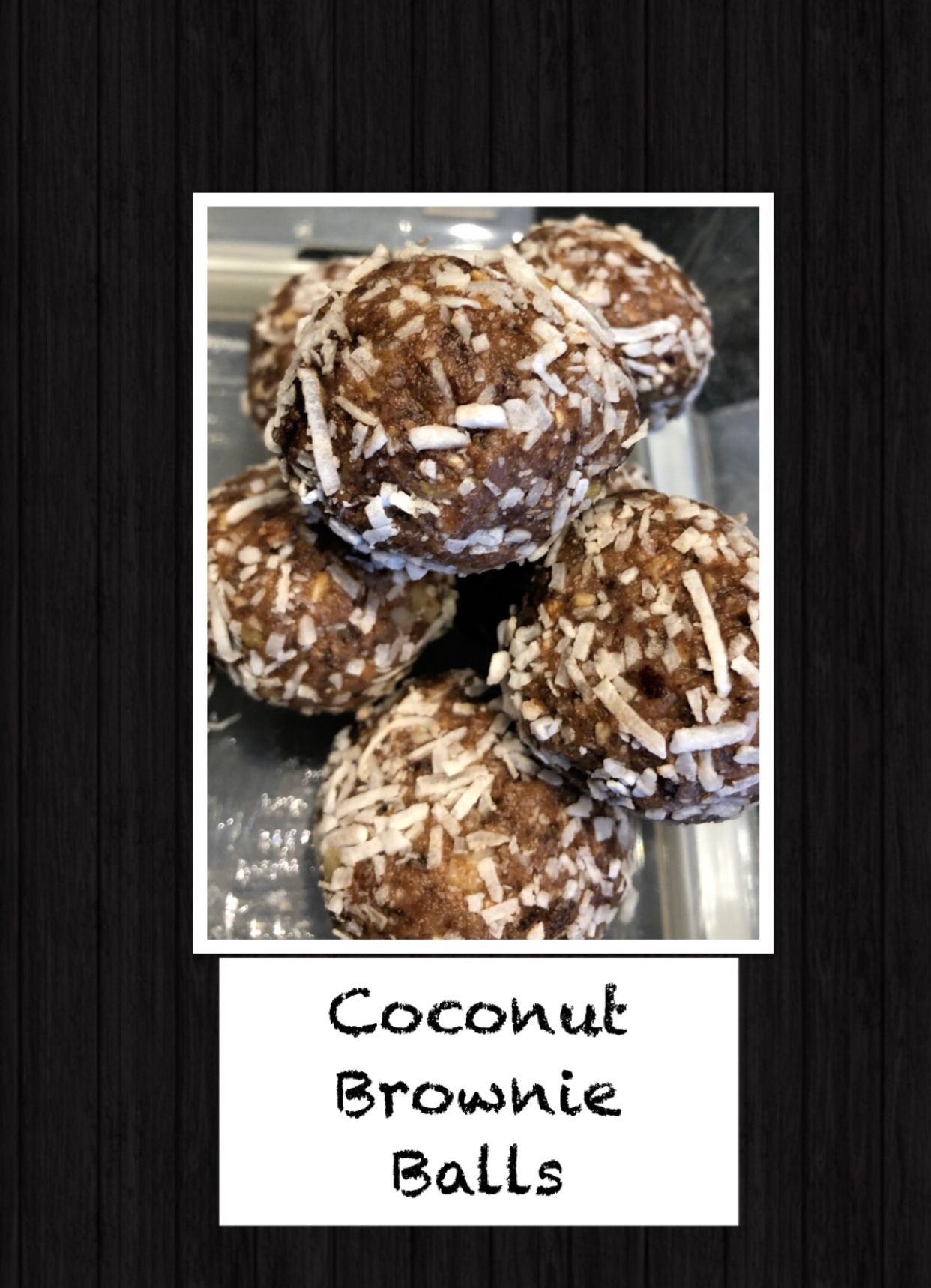