Sprinkle with salt and set aside. Spoon into 9×13 inch baking dish. 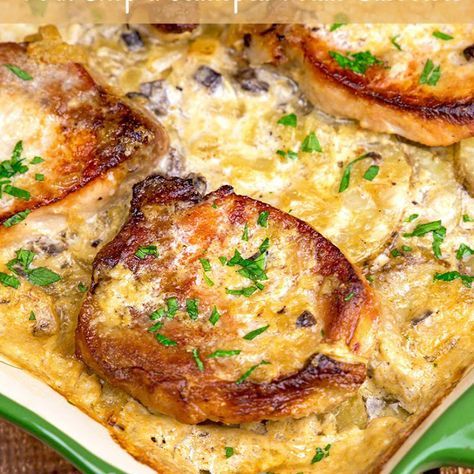 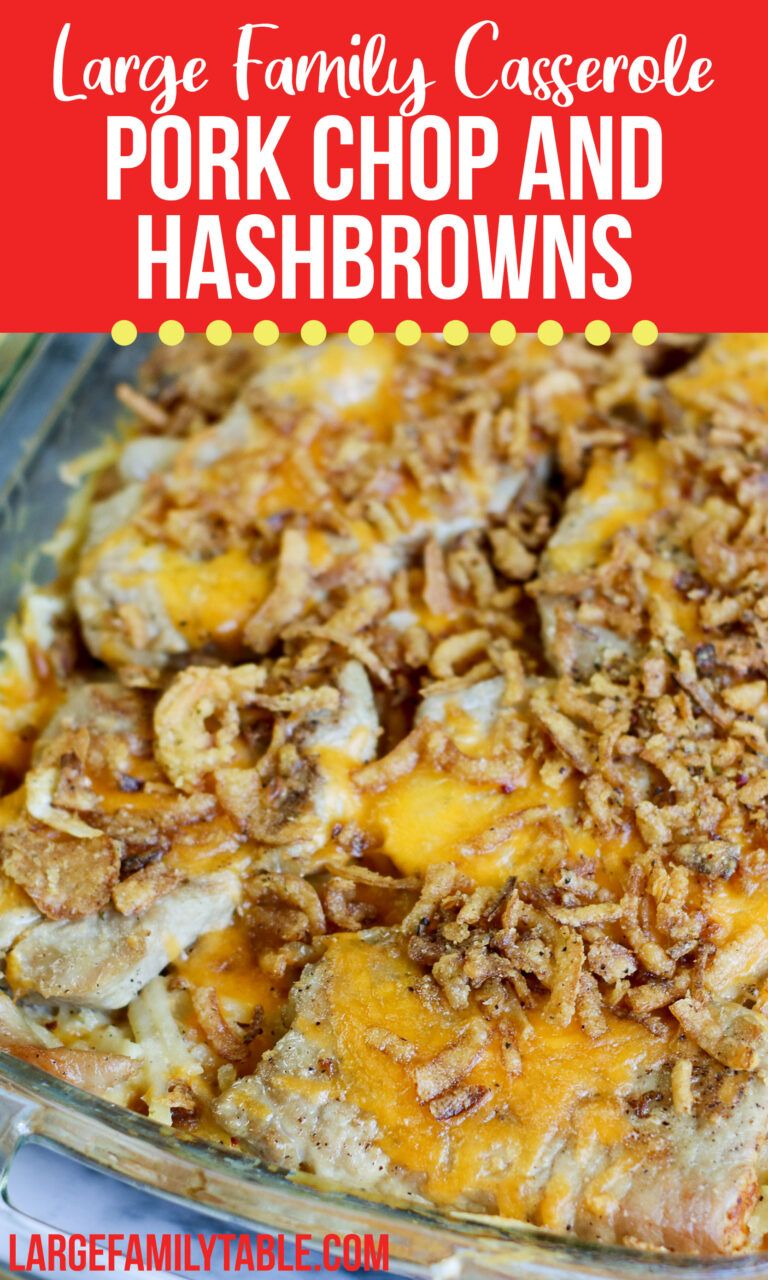 Arrange over potato mixture. Add half the cheese potatoes and half the French fried onions. Spread in a greased 13×9-in.

Cover and bake at 350 for 40-45 minutes or until pork. Divide in half and spread in the bottom of the casserole dishes. Fold in hash brown potatoes 12 cup cheese and 12 cup onions.

In a large bowl combine the condensed soup milk sour cream pepper parsley and 12 teaspoon of seasoned salt. Fold hash brown potatoes 34 cup Cheddar cheese and about 34 of the French. Brown pork chops in a large non-stick skillet about 3 minutes per side.

Sprinkle the chops with the seasoned salt and set aside. Arrange pork chops on top. Hash Brown Mixture Mix condensed cream of mushroom soup milk sour cream salt and pepper in a bowl.

Spread in a lightly greased 13-by-9-inch baking dish. Arrange chops on top. In a skillet over medium-high heat brown pork chops in oil.

Add the hash browns 1 ½ cup cheese and half of the fried onions. Combine all other ingredients hashbrowns last and spread in an ungreased 913 glass dish I use the one here and pictured below and love it. Pour sour cream mixture over this and place pork steak on top.

Add green beans on top if desired. 6 3 oz pork chops. Heat a small amount of oil in a large skillet or saute pan.

Add 12 cheese potatoes and onions. Top with pork chops. Brown the pork chops on both sides. 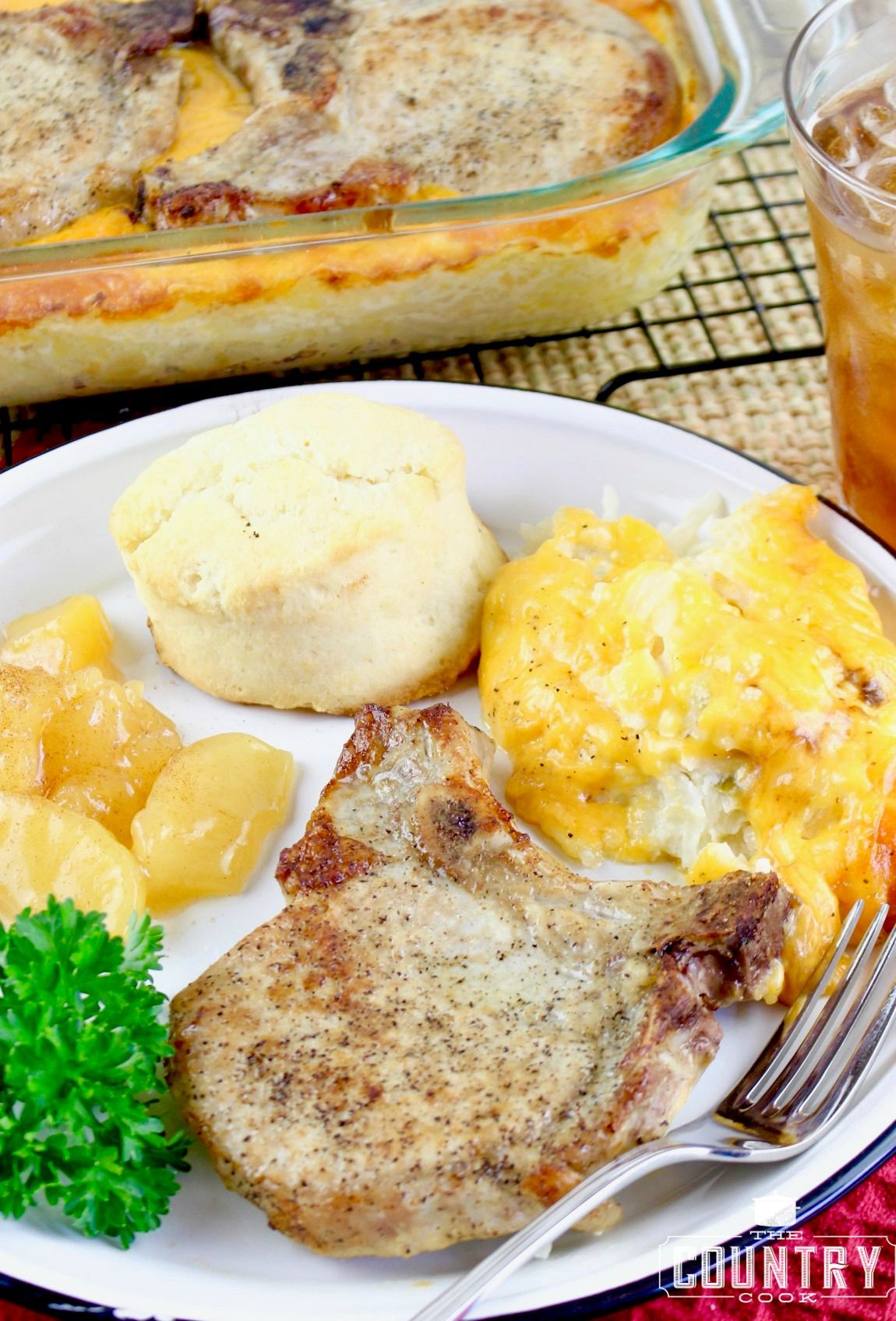 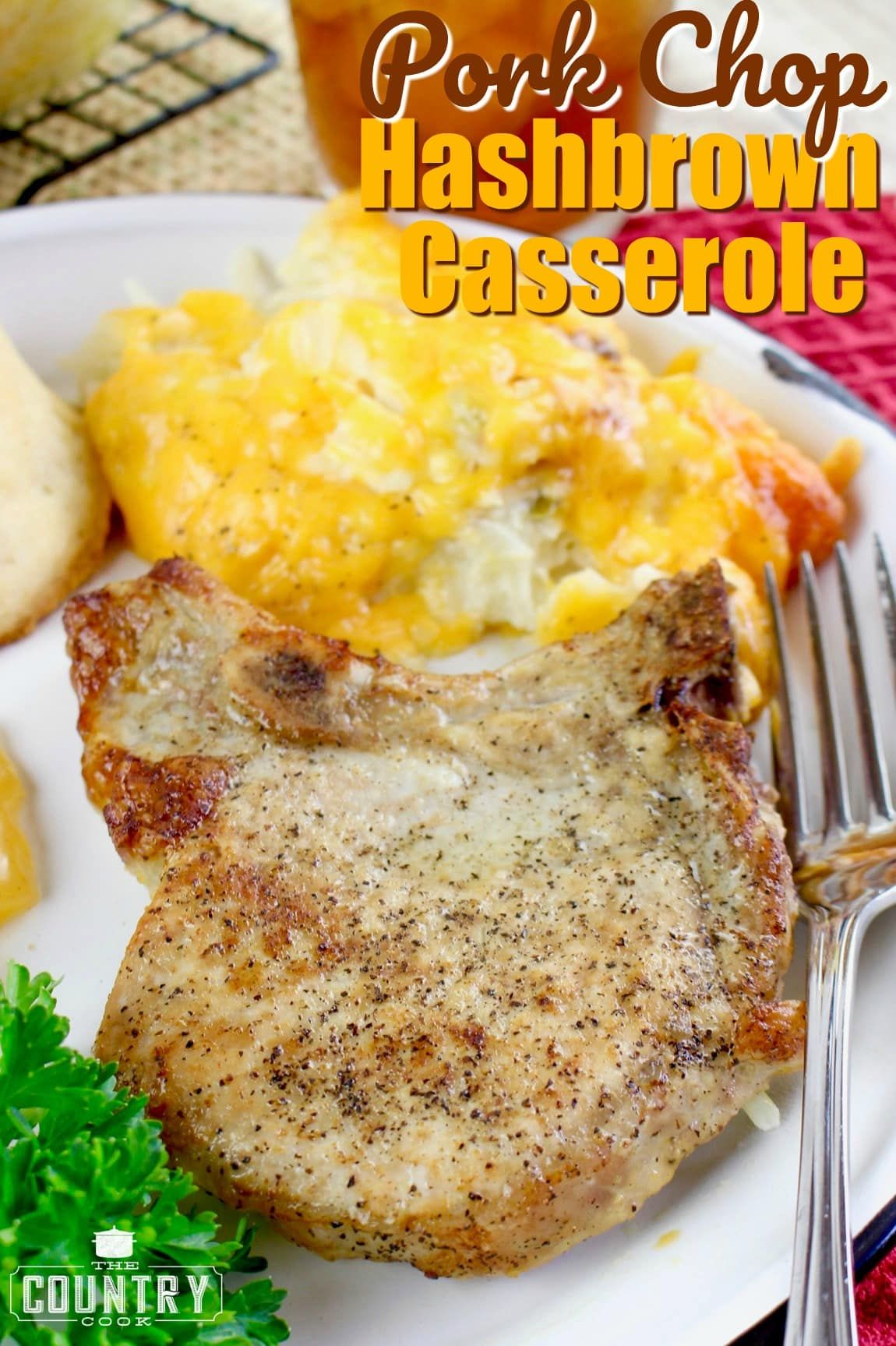 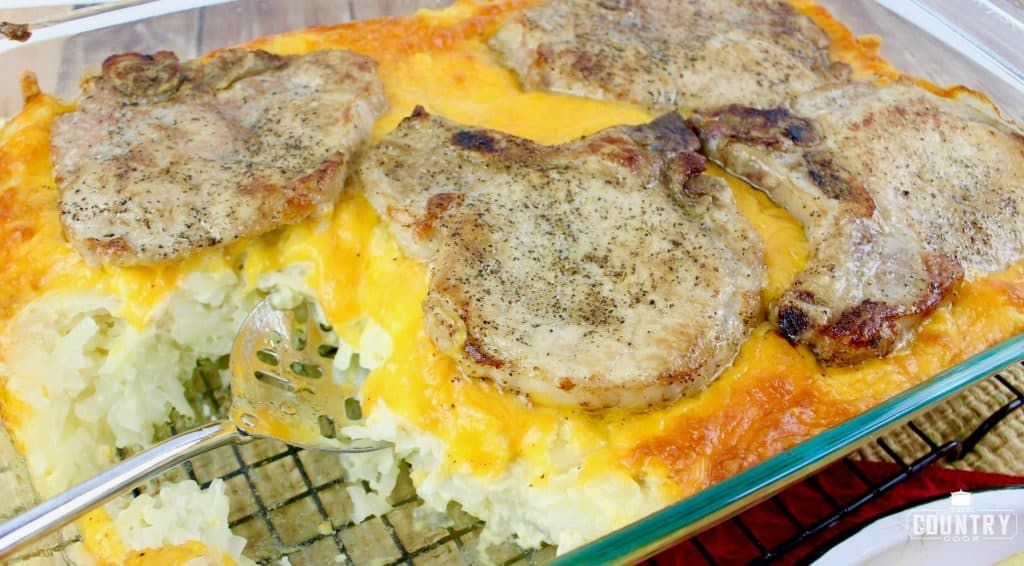 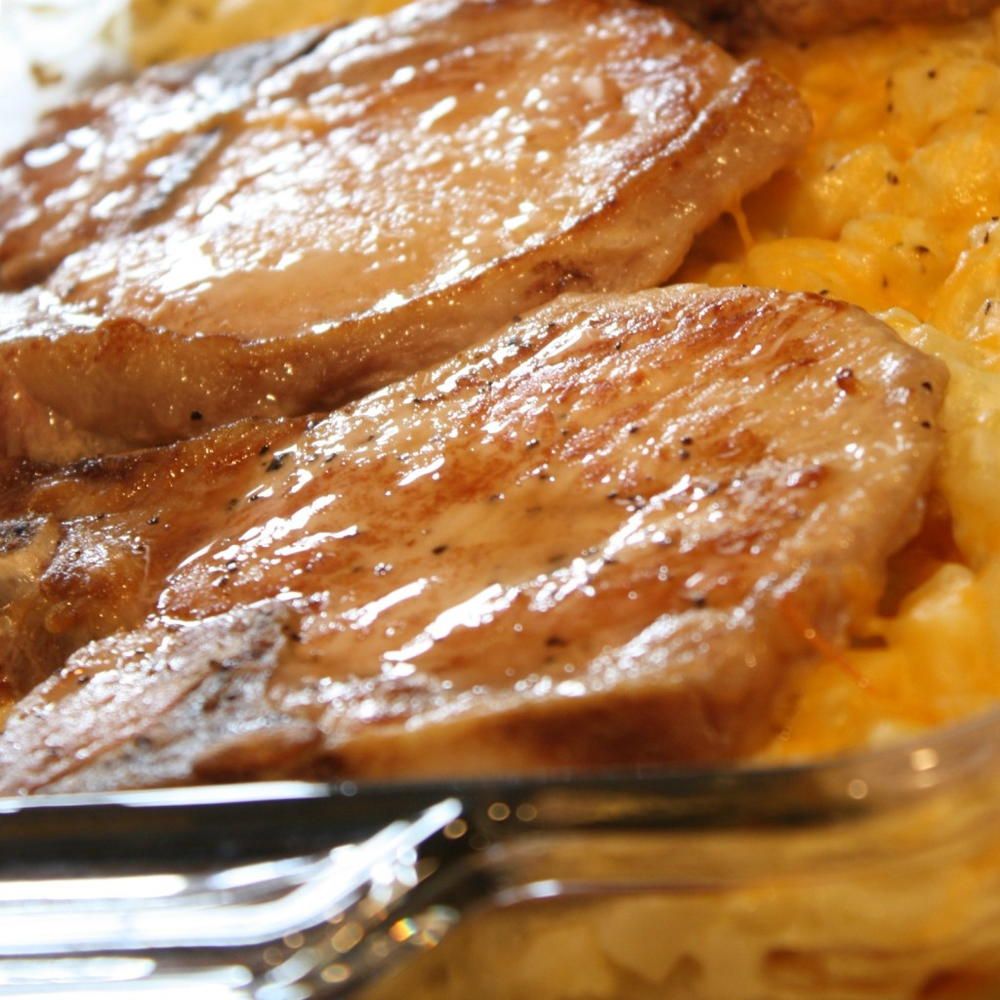 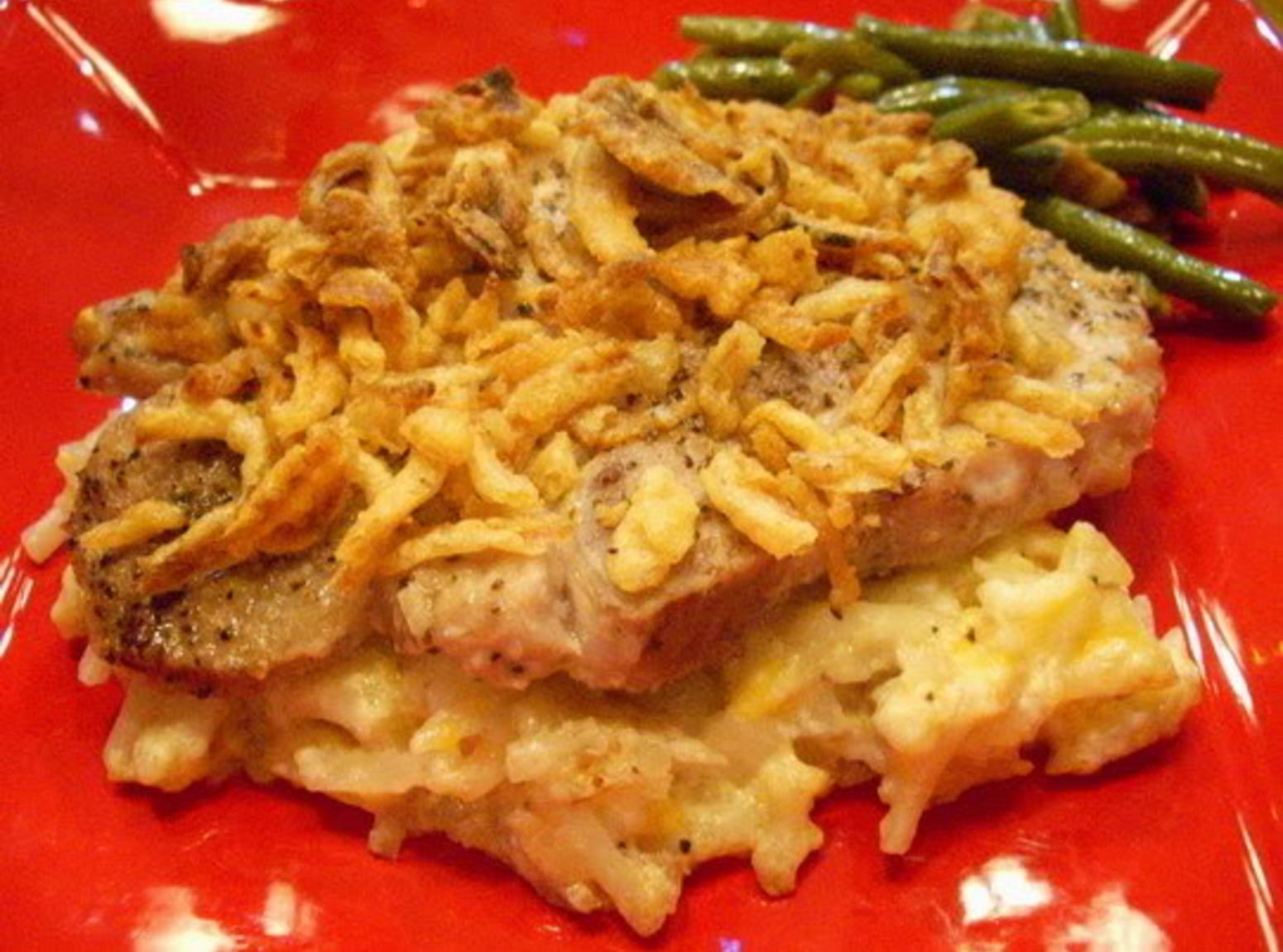 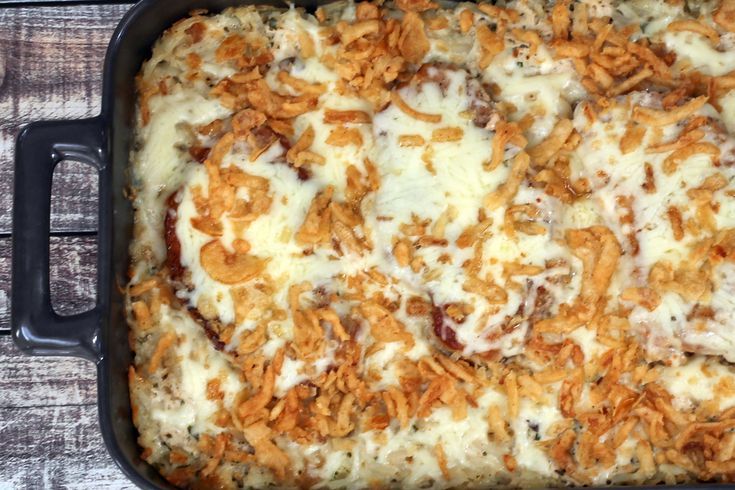